Rep. Joel Kitchens of Sturgeon Bay and Sen. Mary Felzkowski of Irma and Sen. Kathy Bernier of Chippewa Falls have once again introduced a bill that would allow Wisconsin pharmacists to write prescriptions for certain contraceptives. 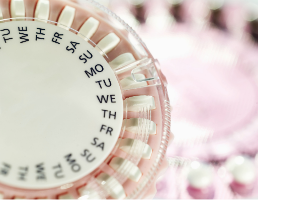 Currently, pharmacists in Wisconsin cannot write prescriptions. However, if these authors and the other Republican state legislators who are cosponsoring this bill have their way, that would change. If this bill, Senate Bill 30, passes, pharmacists would be able to write prescriptions for certain contraceptive drugs and patches for women eighteen and over who have filled out a self-assessment questionnaire and have undergone a blood pressure screening provided by the pharmacist. After the prescription is issued, the pharmacist would be required to report the prescription to the patient’s primary care practitioner.

This is the second time Republicans have rushed to sponsor this bill. Last session the Assembly passed the proposal, but it died in the Senate. Supporters argue women need more access to contraception. Opponents allege access isn’t a problem. What concerns them, however, is the well-being of the woman with no doctor involved prior to the prescription being written and issued. Wisconsin Family Action opposes the bill.