The fall election officially began this week with the Democratic Convention, which while headquartered in Milwaukee, will now be completely virtual. In addition to speeches from prominent Democrats, party delegates will approve the party platform. The proposed Democrat 2020 platform, among other things, calls for raising taxes, universal health care, gun control, restoring taxpayer funding for abortion, restricting school choice, passing the Equality Act and making America a world-leader in LGBT rights. Party platforms are typically reviewed and renewed every four years during the party conventions where presidential candidates are officially nominated. While the Democrats are adopting a new platform, the Republicans have decided to reaffirm the platform they adopted in 2016, which many who were involved with shaping that platform, say it is one of the best Republican platforms they have ever seen or worked on.

Party platforms aren’t just formal documents that gather dust on a shelf or are buried deep in a website. In essence, a party platform is a world-view statement. It provides a blueprint for policy initiatives at the state and the federal levels and states a party’s official position on key issues that impact American citizens. The words and ideas in party platform matter greatly. 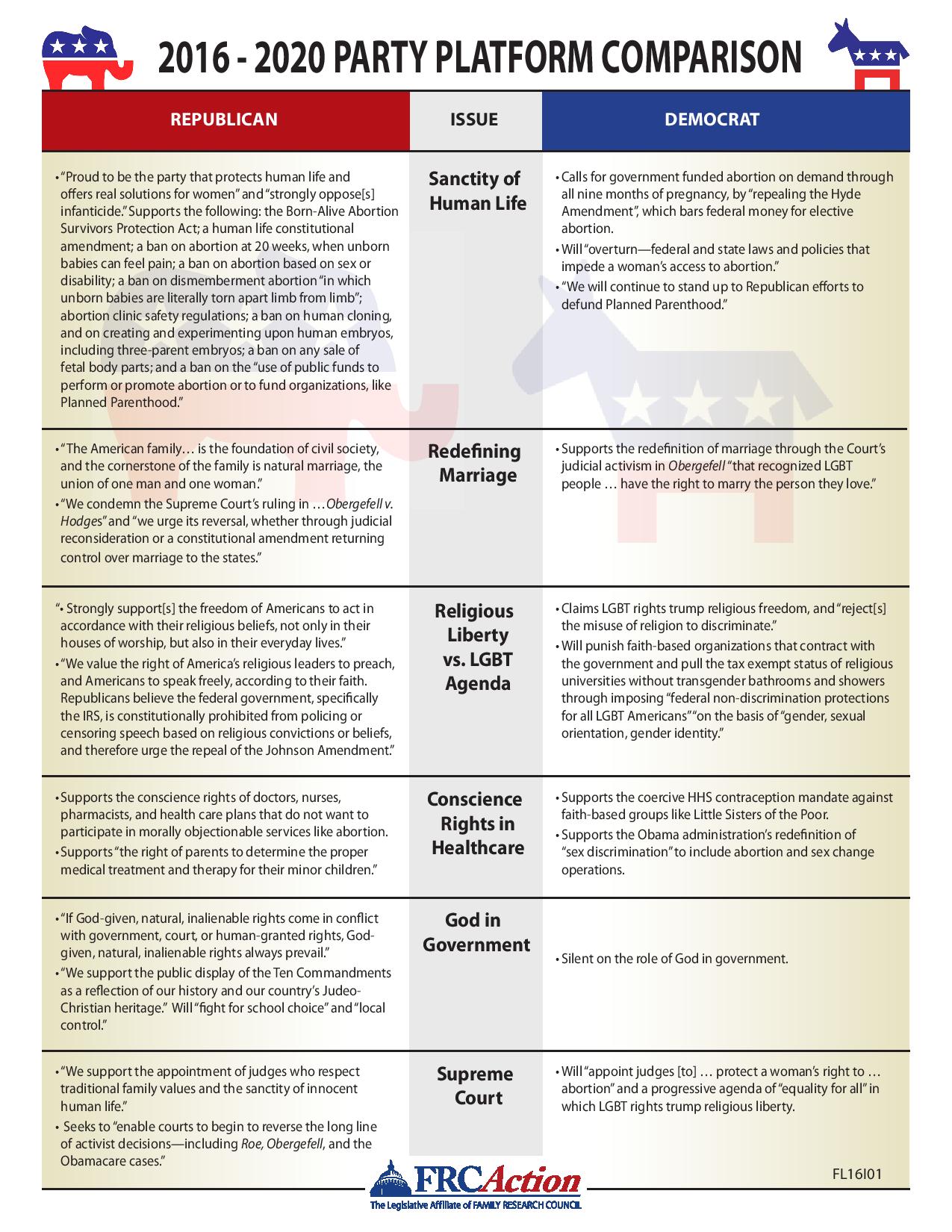 Have you ever taken time to compare party platforms before you vote? Click HERE to see the most recent party platform comparison to help you decide how to best vote your values.  This chart compares the GOP’s 2016/2020 platform with the proposed 2020 Democrat platform on some core, foundational issues.

COMMIT TO VOTE! Pledge, right here and now, to committing your voice, your choice, your values by ballot in the upcoming elections! Click HERE to sign the pledge today.