Election Wrap-up: Being part of the solution in Wisconsin 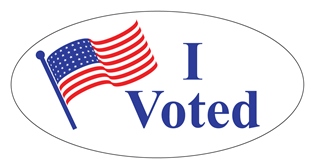 If you voted yesterday, you are deserving of thanks. You are part of the solution, not part of the problem. If you took seriously our frequent admonition to use your influence to get at least ten other citizens to join you in voting, you deserve a double thank you. A quick look at the numbers in many of the races here in Wisconsin shows that indeed every vote matters.  If you are a pastor and you distributed our materials or showed our video or from the pulpit you reminded your people to vote, thank you! You have no idea how influential your voice is when it comes to people voting. The historic turnout yesterday indicates get-out-the-vote efforts were pretty successful for all sides in our state. WFA’s  and WFC’s get-out-the-vote efforts, in partnership with you, were definitely part of the reason for the high voter-turnout.

One quick take on the election: it’s becoming harder and harder to overcome the liberal progressive numbers in Madison and Milwaukee. Their votes in these areas for their candidates this past Tuesday were incredibly strong. For conservatives to win statewide elections, the numbers voting for conservative candidates outside of these major population centers are going to have to be stronger than they were in this election.

Admittedly, with a Democrat governor and both houses of our state legislature controlled by Republicans, we might see a lot of gridlock. Assembly Republicans enjoy a 63-36 majority (a loss of 1 seat), while Senate Republicans hold a 19-14 majority (a gain of 1 seat). Republicans, in our opinion, need to be aggressive in forwarding a conservative, pro-family, pro-life, pro-liberty agenda and not fall prey to the temptation to just go-along-to-get-along and make deep, principled compromises with a governor who is likely to want a vastly different agenda pushed.

We will keep you posted as we learn more about how this session will start. Both Democrats and Republicans are caucusing today to determine their party and house leadership. Inauguration of the governor will be in early January, followed very shortly thereafter with the beginning of the new legislative session.

For more details on the election results and encouragement for a Christian response, listen to Julaine’s “Home Front” program from yesterday afternoon.